Read more about the life story of Patrick and share your memory.

Patrick David Murphy, of Nisbet. passed away Sunday, Nov. 6, 2022 at his residence. Patrick was born on Feb. 17, 1946 in Allentown, to the late Thomas and Mary Evelyn (Bickert) Murphy.
He was a graduate of Coughlin High School, Wilkes-Barre and a veteran of the Vietnam War, serving in the U. S. Army’s Signal Corps.
Patrick graduated from King’s College, Wilkes-Barre, where he received a bachelor of arts degree. A lifelong learner and lover of philosophical argument, he lived in NYC for a period of time while attending Bank Street College and Parsons School of Design. There, he earned a master's of science in education with a focus on visual design. As it was, he would spend his life in the classroom, sharing his insights with the students who would inherit his world.
Patrick’s educational pursuits were focused on creating an understanding of the world around us. His commitment to higher thinking and conceptual insights led him to challenge those in his classrooms throughout his working career. Patrick’s art produced throughout his life reflects his intellectual relationship with the metaphysical investigation of reality. That’s not to say he lacked the insight to enjoy a great bit of Irish humor, sometimes at a cost to others. He also enjoyed the world of music, attending many live performances throughout his life, as well as playing his own set of drums in his studio space with the likes of vinyl superstars as backup.
Patrick's career in advertising art came full circle. His background in motion picture photography acquired while serving in the U.S. Army provided the skills that would carry him forward with the hands-on mechanics of evaluating color, light, and the contrasts of effects created by such. He often experimented with color in his work and was not intimidated by the use of computer-generated palettes. He worked as a free-lance illustrator and technical illustrator for 10 years, both consulting and producing industrial and educational media.
Patrick developed a love for the desert southwest while serving in the military, having been initially stationed at White Sands Missile Range, N.M. After discharge, he would return twice to the western landscape to enroll in college at New Mexico State, and later, Utah State University.
Patrick began his professional teaching career in graphic design at Penn College’s immediate predecessor, Williamsport Area Community College, in 1979, as an assistant professor in advertising art. He became associate professor in 1989 and was the recipient of the Veronica M. Muzic Master Teacher Award, the college’s highest honor granted to faculty.
The future held varied departmental responsibilities that Patrick would assume with grace. Patrick retired from Penn College in 2010, but returned another year or so, teaching part-time. Over his 31 years of employment at Penn College, Patrick would see much change. He enjoyed many of the challenges associated with college life, adjusting to the demands of an advancing society. Patrick was granted faculty emeritus status as a founding member of what is now the graphics design department.
Though never a fan of exhibiting, Patrick would produce much work over the years that was shown widely. He participated in both Juried and Solo Exhibitions that offered him the incentive to produce even more images of his personal exploration of the world around him.
Patrick and his wife, Susan, celebrated 51 years of married life together, experiencing many of life’s truest pleasures. Surviving Patrick are his wife, Susan (Gregory) Murphy; daughter, Jessica Taylor, of Denver; son, Aaron Murphy (Kimberly Murphy), of Boise; brother, Michael Murphy (Susan Murphy), of Bear Creek; sisters, Mary Ann Shinski (Michael Shinski) and Kathy Minnick, of Plains; sisters-in-law, Barbara Graham, of Chicago, Judith Orlando (Albert), of Swoyersville, Michele Tlucek (Ronald), of Dallas, Lisa Cruikshank (Jay), of Hanover Twp.; four grandchildren, John Patrick and Morgan Taylor, of Denver; Ava and Makenzie Murphy, of Boise; his special aunt, Dolores Ritter (John), of Silver Spring; his special friends Peter and Leslie Roman, of Blakeslee, and Janet Linderman, of Nisbet. Patrick is also survived by many caring nieces and nephews, and close friends, all of whom he cared for deeply.
The family is grateful for the compassion and care provided by the UPMC Muncy Home and UPMC Family Hospice Home Healthcare staff during Patrick’s on-going health struggle.
Relatives and friends are invited to attend a memorial service to honor the life of Patrick at 11 a.m. on Friday, Nov. 11 at Knight-Confer Funeral Home, 1914 Memorial Ave., Williamsport with Rev.
Bert Kozen, officiating. The family will receive friends from 10 a.m. until the time of service.
In lieu of flowers, the family is requesting contributions in Patrick’s memory be sent to Pennsylvania College of Technology Foundation, DIF 65, 1 College Avenue, Williamsport, PA 17701.

To send flowers to the family or plant a tree in memory of Patrick David Murphy, please visit our floral store.

Your browser does not support this video format. You should be able to view it in Chrome, Safari or Internet Explorer. 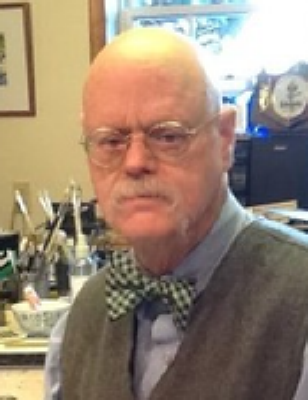